Where You Will Find News Related to Mary Blair

Just a few blocks from Jeanne’s home in Sunnyvale, California, stands an auspicious sign – the corner of Mary and Blair Avenue. Jeanne’s husband, Jim, took this photo for us to use for our Mary Blair news forum – for events, reader comments, memories, or anything “Mary”. 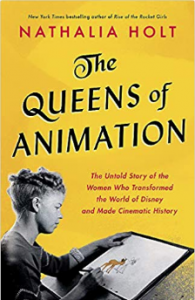 The Queens of Animation: The Untold Story of the Women Who Transformed the World of Disney and Made Cinematic History
NY Times best selling author Nathalia Holt dives deep into the lives of Mary Blair, her best friend Retta Scott, and a select handful of other female artists, to spotlight their extraordinary contributions to Disney Animation history.

The author has gone to great lengths to obtain much of this information directly from first hand witnesses to the lives of these women— their surviving family and friends, or, as she states in the book’s preface, from “those they had loved”.

The compelling stories of these important women are interwoven, and often intimately connect with each other, providing a vivid illustration of the price each one paid, on many levels, for working and succeeding in a male-dominated industry. 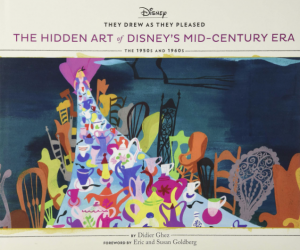 They Drew As They Pleased Vol 4: The Hidden Art of Disney's Mid-Century Era: The 1950s and 1960s
A beautiful book which includes extensive chapters on both Mary and Lee Blair, and includes Disney artwork never before seen by the public!

The 1950s and 1960s at The Walt Disney Studios marked unprecedented stylistic directions brought on by the mid-century modern and graphic sensibilities of a new wave of artists. This volume explores the contributions of these heroes with special emphasis on the art of Lee Blair, Mary Blair, Tom Oreb, John Dunn, and Walt Peregoy. It includes never-before-seen images from Cinderella, Alice in Wonderland, Peter Pan, and Sleeping Beauty and discusses Disney's first forays into television, commercials, space, and science projects—even the development of theme parks. Drawing on interviews and revealing hundreds of rediscovered images that inspired Disney's films during one of its most prolific eras, this volume captures the rich stories of the artists who brought the characters to life and helped shape the future of animation.
VIEW BOOK 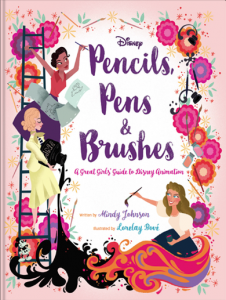 Pencils, Pens & Brushes:
A Great Girls' Guide to Disney Animation
This delightful book has a wonderful chapter on Mary Blair.

Based on Mindy's critically acclaimed Disney Editions title, Ink & Paint: The Women of Walt Disney's Animation, this nonfiction picture book is a fun and inspiring look at many of the amazing women who have worked at Disney Animation over the years— from Story Artists, to Animators to Inkers and Painters, all with unique personalities and accomplishments, such as becoming a record-holding pilot, or designing Hollywood Monsters, or creating an international club for tall people! 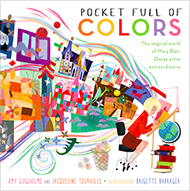 Pocket Full of Colors -- A Children's book about Mary Blair
Amy Guglielmo, Jacqueline Tourville, and Brigette Barrager team up to tell the joyful and unique story of the trailblazing Disney artist Mary Blair. From her imaginative childhood to her career as an illustrator, designer, and animator for Walt Disney Studios, Mary wouldn’t play by the rules. At a time when studios wanted to hire men and think in black and white, Mary painted twinkling emerald skies, peach giraffes with tangerine spots, and magenta horses that could fly.
VIEW NEW BOOK 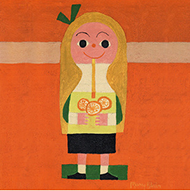 Mary Blair Print Collection at the Nucleus | Art Gallery and Store
Nucleus is proud to collaborate with the Mary Blair estate to present a curated collection of prints. Many rare and unseen, these reproduction of images by Mary Blair will only be available through Nucleus and will debut on opening night.
READ MORE 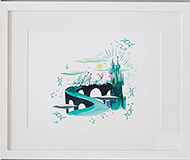 Introducing Disney Princess by Pottery Barn Kids
Inspired by the artwork of Disney artist Mary Blair, Pottery Barn Kid's exclusive collection channels her spontaneous use of color and childlike sense of wonder. Thoughtfully re-interpreted by their own artists, the collection captures the spirits of ten favorite Disney Princesses who inspire your little one to own their dreams.
VIEW COLLECTION

The Walt Disney South of the Border Book
Also found at the Museum Store is the newly released coffee table sized book, South of the Border with Disney by J.B. Kaufman. This beautiful 335 page book is the most captivating and detailed account ever written of the famous “Goodwill Tour” undertaken by Disney and a few hand-picked artists beginning in 1941. Art and photos of Mary are scattered throughout along with accounts from her fellow artists about how her own uniquely simple, bold and colorful style began to emerge. The book can also be purchased on Amazon.com.
BUY BOOK 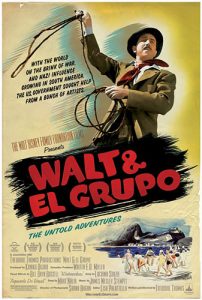 Walt and El Grupo
The compelling documentary film version of this famous journey is also meticulously produced and titled Walt and El Grupo. As Walt Disney and his group of artists traveled from country to country and hotel to hotel, they became collectively known as simply, “El Grupo”. You can also read some comments on the film by Maggie Richardson.
READ MORE

Google Honors Mary Blair's 100th Birthday!
From the doodle artist, Mike Dutton: "I was greatly honored for the opportunity to create a doodle for Mary Blair's 100th birthday. Not to mention somewhat intimidated! Her work was and continues to be a major source of inspiration for a large number of artists working in animation, illustration, and fine art... and the Google Doodle team. So there was some pressure to get it right!"