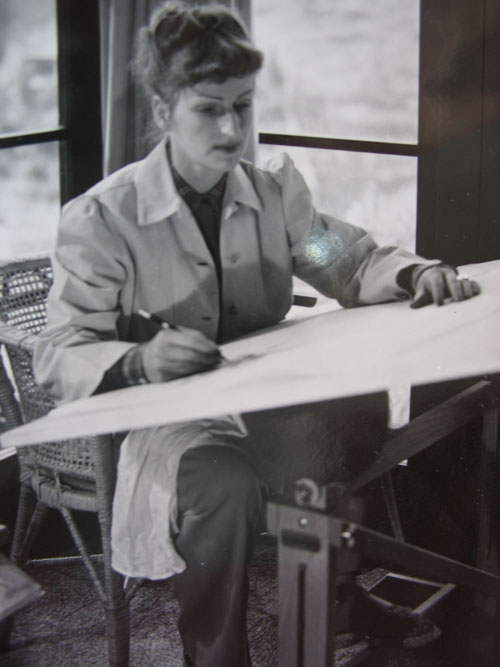 Mary Blair in her studio.

A Short Biography by John Canemaker

Her vibrant colors and stylized designs pervade Disney animated films from 1943 to 1953 (such as THE THREE CABALLEROS, CINDERELLA, ALICE IN WONDERLAND AND PETER PAN). A prolific artist, during the 1950’s and 60’s she brought eye-appealing flair to children’s books (I CAN FLY), advertisements, theatrical set designs, and large-scale theme park murals and attractions (such as Disneyland’s IT’S A SMALL WORLD).

Mary Robinson Blair trained at the Chouinard Art Institute of Los Angeles during the Depression, and, with her husband Lee, was a member of the important California regionalist school of watercolor of the 1930s. Beneath her deceptively simple style, lies enormous visual sophistication and craftsmanship in everything from color choices to composition.

Though much of her art veers away from naturalism toward abstraction, she was one of Walt Disney’s favorite artists; he personally responded to her use of color, naïve graphics, and the storytelling aspect in her pictures, especially the underlying emotions palpable in much of her art.

It would be difficult for anyone not to enjoy the witty, utterly charming art of Mary Blair, a dazzling and prolific sorceress of color and form. She saw the world in a fresh, new way and brought a special childlike beauty and gaiety to the works of print, theme parks and movies.

I feel great pleasure merely gazing at a work by Mary Blair. It’s as delicious as feasting on rainbows.

Mary Blair in her studio.

John Canemaker is an Academy Award-winning animation filmmaker, the author of ten books on animation history, including The Art and Flair of Mary Blair (Disney Editions, 2003), and a full professor and executive director of animation at New York University Tisch School of the Arts Kanbar Film and Television Department. 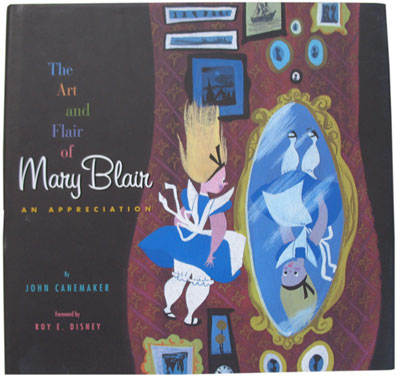